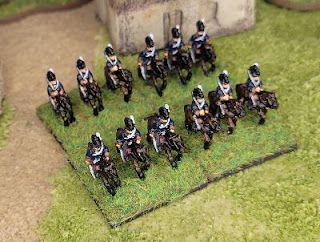 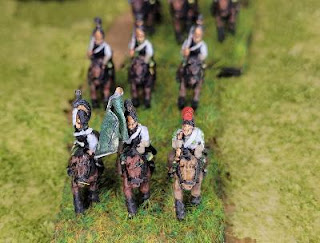 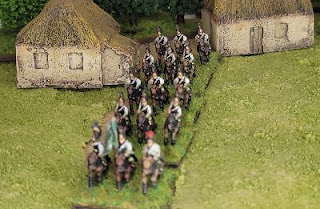 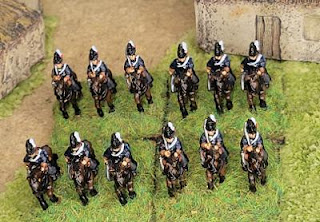 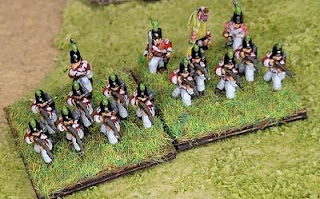 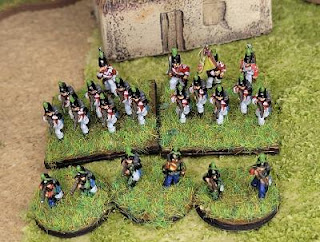 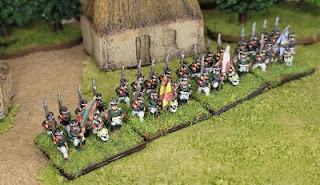 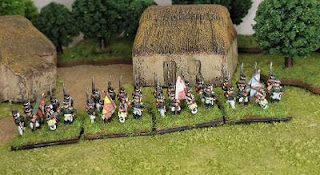 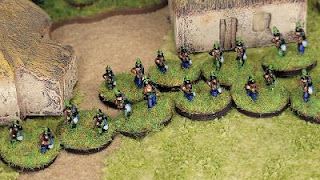 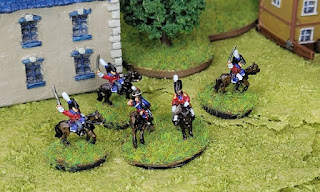 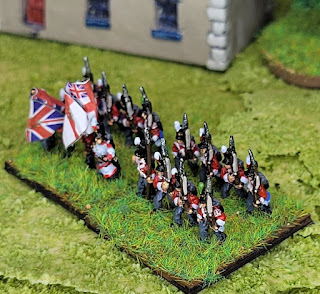 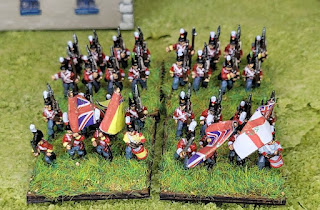 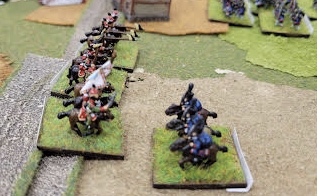 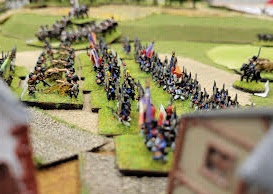 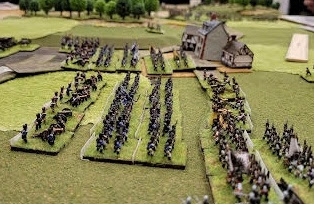 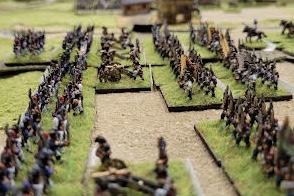 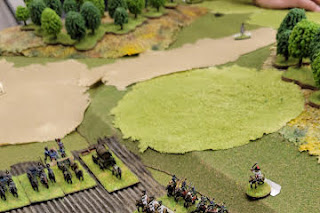 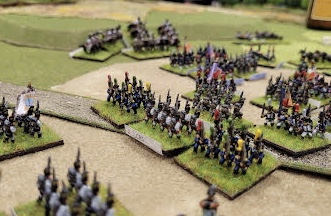 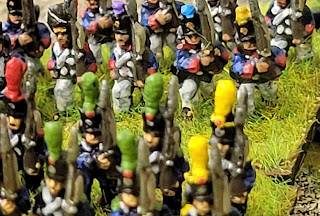 Emperor Napoleon ordered Marshal Davout to cross the Danube with his III Corps and secure a bridgehead before the Austrian army under Archduke Charles could consolidate his widely dispersed Korps and push back the French army before the campaign was even a week old. Lefebvre's VII Corps were also ordered to provide support on Davout's right. Napoleon even released Nansouty's 1st Cuirassier Division to counter the Austrian heavy cavalry known to be in the area.

Davout began the crossing ten miles upstream from Ratisbon the night of March 12th but it would take most of the next morning to get his two divisions and supporting cavalry across. Lefebvre's corps was still marching to the Danube on the 12th and would not begin crossing until the morning. By the middle of the day on the 13th, Davout faced the choice of pushing ahead to secure more defensible ground or wait until the VII Corps had crossed.  The decision would be made for him.

Archduke Charles spent the previous week wondering where the French would cross the Danube. His plan was to spread out his corps and consolidate once the main crossing was identified. Around midnight on March 13th, he first got word that a detachment from his own 2nd Grenzers had been pushed back by a company of French legere. Throughout the night more reports came in of small engagements along the Danube. It wasn't until close to dawn that he received confirmation that a full corps and possibly more were crossing the river. He ordered his closest formation, General Kolowrat's II Korps, to hold the heights to the east of the what was known as the three sisters - the villages of Linkendorf, Mittlestadt and Richtigesdorf. He also ordered Field Marshal Hohenzollern to support but his widely dispersed corps was almost a day's march away.

Kolowrat quickly ordered his avant garde as well as Brady's and von Treunfels' divisons to occupy the heights and villages until his other two formations could come to support.  The avant garde occupied Mittlestadt with Brady's division of six infantry battalions and six squadrons of dragoons taking up the right flank on the heights and von Treunfels' division of six infantry battalions holding the left flank.  His plan was to hold the heights until reinforcements could arrive.

The French 8th Hussars reconnoitered the area ahead of the III Corps and reported back to Davout that the Austrians were beginning to set up positions along the heights. Deciding not to wait for the VII Corps and their nineteen battalions, he pushed forward his two divisions with the light cavalry in the lead. Friant's 2nd Division would attack toward Mittlestadt while St. Hilaire's 4th Division would support on the right. 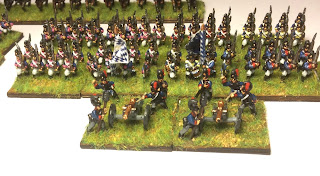 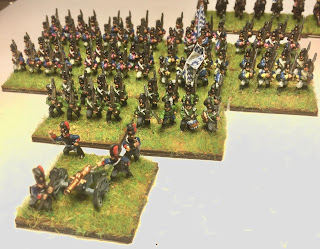 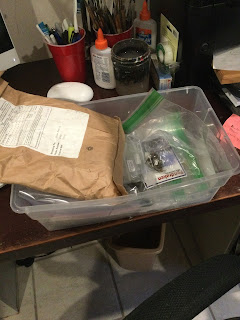 The Bavarians are now complete and it only took about four weeks.
The Pendraken Bavarian Army Pack gives you enough figures to create an equivalent corps in Et Sans Resultat! 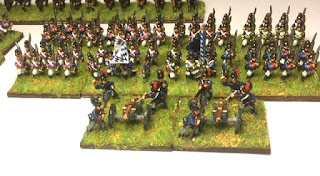 One infantry division consisting of nine infantry battalions and two batteries of six-pounders (one battalion not pictured). 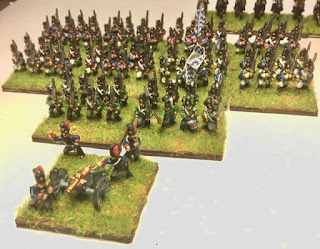 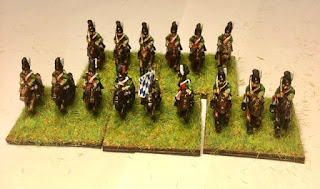 One of the results of fixing up some things in our house is that I had to find a new way to store my painted and unpainted miniatures. I saw a post on the Lone Star Historical Miniatures Facebook page where a fellow gamer used bookshelves on casters to store miniatures in a tighter space.

The shelves are IKEA Billie bookshelves and the casters are 2” casters with a 3/4” bracket bought on Amazon. The handles are drawer pulls I bought at WalMart. I needed four handles and all I could think of in the store was "four candles". The total cost for each bookshelf with casters and pulls cost roughly $75.  It took me about five hours over two evenings to build them.

The four bookshelves put together: 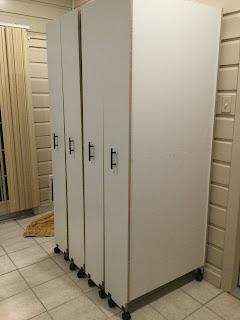 With the casters, they pull out for easy access. That's a lot of painted minis. 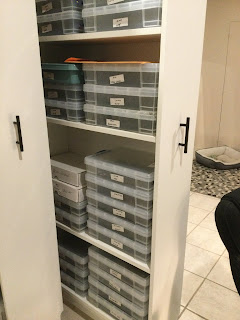 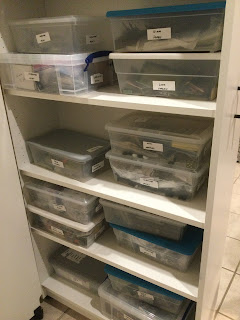 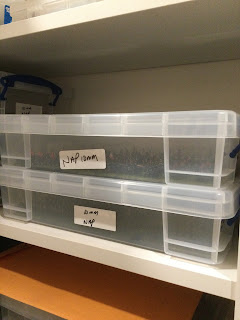 One drawback to this new storage system is that many of my old storage boxes were too large for the shelves. I found that the four liter Really Useful Boxes are ideal for these. They don't extend beyond the shelf which allows me to situate units close to each other.  I bought ten boxes directly from RUB in the US which I promptly filled up.  Ten more boxes are on their way.